The First Building of the Moscow State Lomonosov University

Одна из особенностей русского языка (one of the particularities of the Russian language) that can be noticed at once by any foreigner is the use of the Russian alphabet (Russian letters) which differs from the Latin one. It is not, of course, as difficult to learn and remember as the Chinese characters or the Arabic calligraphy, even if some letters might be confusing in the beginning. But where did our ancestors imagine such characters as «Ж», «Ю», «Й» and many others?

Russian, Bulgarian, Serbian, Ukrainian and few other Slavonic languages have a common ancestor, церковнославянский язык, славянская азбука или кириллица (the Slavonic old church and the Slavonic alphabet or Cyrillic). Slavonic alphabet is much younger than the Latin alphabet which started around 700 BC, but still, it is fairly spread through Europe.

What does mean the world “Cyrillic”? Where does it come from? It is based on the name Cyril. Cyril and his brother Methodius were two Byzantine educators, both monks, and they created the Cyrillic alphabet. Это было в 863 году (it happened in 863). Cyril was a philosopher, a very intelligent and educated man. Methodius retired as a monk after a rich military and administrative career. 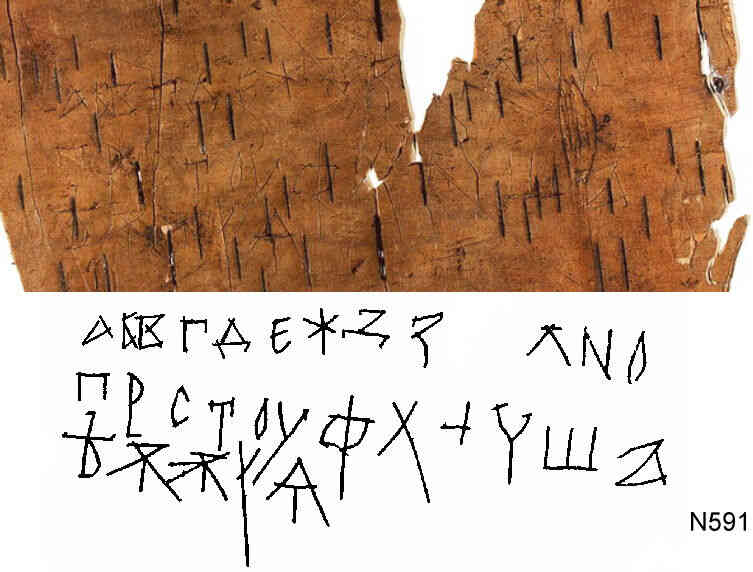 Of course, the alphabet they have created has changed over time and all the letters weren’t preserved up to now as в истории языка были реформы (there were reforms in the history of the language). Some of the remaining letters have acquired a different form too.

The Day of Slavonic Literature and Culture

For almost a thousand years, we have a tradition in Russia to celebrate the Day of the Slavonic literature and Slavonic culture. Сначала этот праздник отмечала только церковь (at first this holiday was celebrated only by the Slavonic church). Each year, on May 11th (according to the old-style calendar), the Orthodox Church commemorates the memory of Cyril and Methodius. This tradition was interrupted in 1917. In 1986, the tradition revived and is now celebrated every year. But now it is celebrated according to the new style calendar, that’s mean on May 24th.

Начинается этот праздник богослужением в храме и крёстным ходом. The day of the Slavonic literature and Slavonic culture is celebrated in many Russian cities, and each year the main events take place in a different city. In 1992, in the center of Moscow on the day of the holiday was unveiled a monument dedicated to Cyril and Methodius.